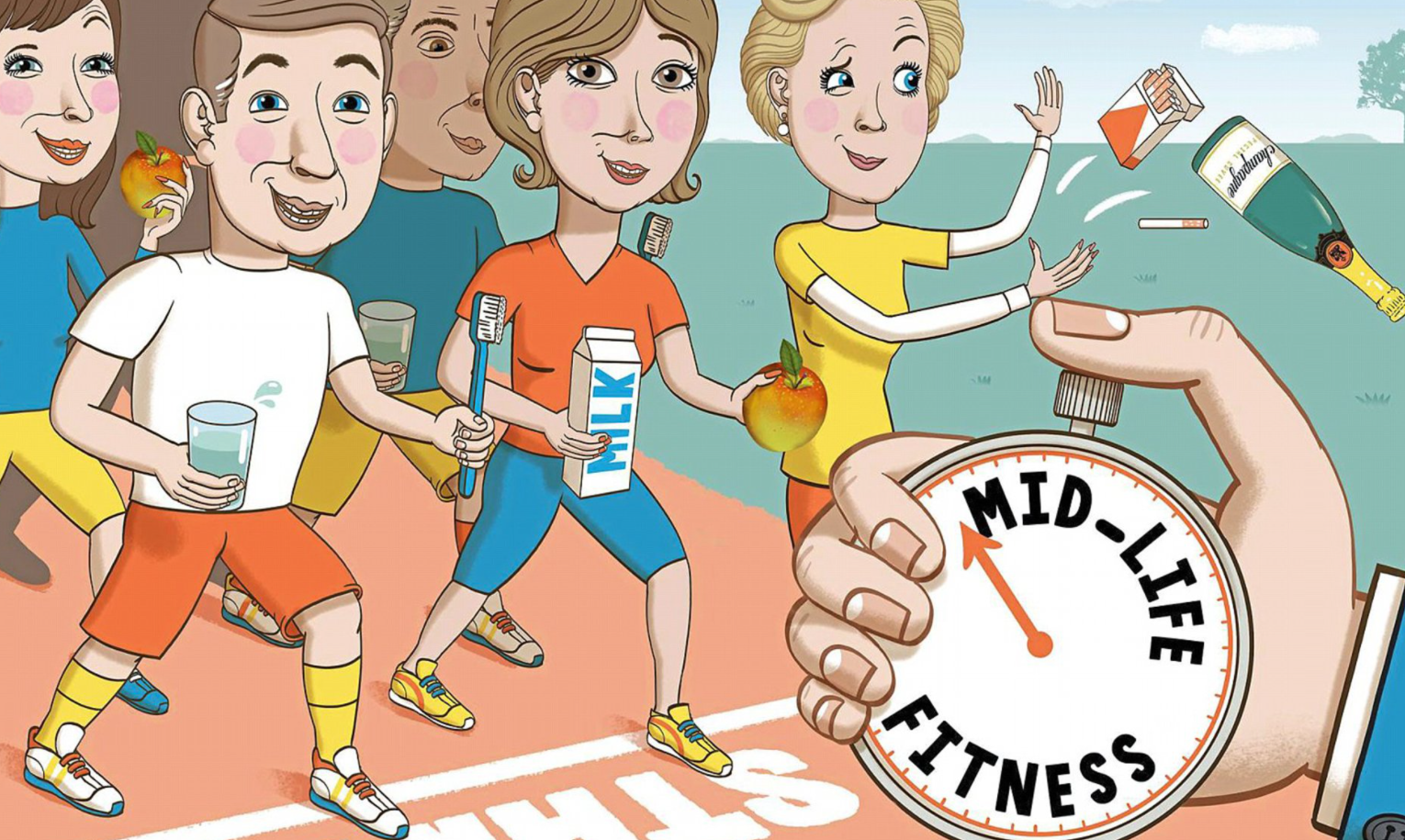 New research has come to light suggesting that exercise may play a greater role in the health of middle aged men than previously thought. While the benefits of regular exercise for muscle and joint health, cardiovascular health, and overall energy are well known and lauded in the medical community, the effect of regular exercise on the risk of cancer in middle aged men was relatively unknown until now.

The findings of a study on the correlation between exercise and cancer in middle aged men were recently published in JAMA Oncology. If middle aged men maintain a good fitness regime and keep their bodies in good shape, it significantly lowers their risk of developing colorectal or lung cancers, as well as lowering the risk of death due to cancer in men over the age of 65.

To obtain this information, researchers took data from 13,949 men via treadmill tests over a 38 year time span. They then followed up with the original test subjects around 6 years later, and found that approximately 12% of the men had developed colorectal, lung or prostate cancers.

Men with high fitness levels had a 55% lower risk for lung cancer, as well as a 44% lower risk for colorectal cancer than men who had low fitness levels. This protection was not extended to prostate cancer, however the authors of the study suggest that it is possible that men with a high fitness level are more likely to be proactive about their overall health and get routine prostate screenings. Besides various forms of skin cancer, prostate cancer is the most commonly diagnosed cancer type in men.

The good news is that middle aged men don’t have to become fitness buffs in order to benefit from the cancer protection that overall fitness provides. If middle aged men improve their running speed by 30 seconds per mile, running an 11.5 minute mile as opposed to a 12 minute mile, they could have a 10% lower risk of death from cancer. Susan Lakoski, an Assistant Professor of Medicine at the University of Vermont and the lead researcher on the project, gave those numbers to TIME in an interview.

Lakoski also stated, “Males who are physically fit are predicted to hold lower levels of [cancer-related] sex hormones, improved immunity as well as lower inflammation.” In addition to this, middle aged men with high fitness levels that do develop lung, colon, or prostate cancer have a 32% lower risk of perishing from the disease.

While there are many well known facts about the health benefits that can come from overall fitness, this study opens minds to its importance in cancer prevention. Knowing that it decreases a person’s risk of cancer should make fitness that much more important to those in the middle life stage.